Unless you’ve been under a rock for the last couple years, you’re probably aware of the organization ISIS (Islamic State of Iraq and Syria) and their less than amiable physical attacks across the pond. Now, it’s their frightening success in the virtual world to take note of. Chung Yin Yeung, the author of “A Critical Analysis on ISIS Media Strategies”, explains that their content “is launched, manoeuvred, and magnified disproportionally in the virtual world…the main weapon is not the physical weapon itself but what is perceived and imagined by the public”, (2015). Essentially, Yeung feels that ISIS’s use of social media is for them what the death whistle was for Aztec armies. Just tell me the sound of a hundred of these bad boys wouldn’t make you soil yourself: https://www.youtube.com/watch?v=I9QuO09z-SI&feature=youtu.be&t=42s   But of course, you’re not looking to strike fear in the hearts of your enemies; you’re looking for love from all your potential clientele. This is understandable, but there is always something to be gained by observing effective strategy. What’s more, they did it with tools we all have at our disposal, reason enough to further investigate their online manoeuvres.

The first of their many tactics is one that straddles the line of pure genius and fear inducing control of an online population. Their twitter application “‘Fajr al-Bashaer,’ or ‘Dawn of Good Tidings’ (@Fajr991) like most applications, requests user data and personal information. After downloading it, the app sends news and updates on ISIS fighting in Syria and Iraq” (Mustapha Ajbaili, 2014.) Unlike other apps, anyone who downloads it gives automatic permission to the organization to tweet propaganda on behalf of the user. What can we learn from this/ How can we use this? Let’s think about how the source changes how we perceive information and apply this to a seemingly less risqué topic. Say Uber used a similar tactic to promote their business. If you were on the fence about using Uber due to controversies surrounding their policies, would you be more likely to read Uber’s tweets regarding the issue and feel assured your closest friends’ tweets in support of the service? Rather than going to the extreme of sharing information on behalf of others, consider whether an application might be better suited to distributing information and showcase your service to those who support you more than other forms of social media.

Perhaps infiltrating people’s lives and online media personalities to promote your business isn’t quite your thing. So I’m here to reassure you needn’t go to such extremes, and neither did ISIS! By feeding their most loyal supporters (an unofficial network of fan boys) content and encouraging them to share everything, they’ve managed to make a relatively small organization look mammoth as information is passed on at an exponential rate.

What can we learn from this/ How can we use this? If nothing else, one can objectively admit that a rather small group has made an enormous ripple on the global pond of exchanged information. This means smaller companies can manage to draw media attention by having multiple sources sharing something within a short period of time. Think about what your team would look like in this scenario. For ISIS, it’s devotees to their cause. Encouraging participation through social media will do. Think about what that team looks like for your business, i.e. loyal clientele, local businesses, or satisfied customers willing to steadily stream out information to their circles.

ISIS’s aggressiveness on the media battlefield continues as they engage in what can only be described as the guerrilla warfare of the tweeting world. Twitter accounts affiliated with ISIS will select a trending hashtag, most commonly associated with disasters, and tweet frequently and fiercely until their posts appear on @ActiveHashtags. They’re going for intense popularization, enough for them to trend, allowing the intensity of what they are promoting to shock all “netizens”. What can we learn from this/ How can we use this? There are some successes that come with far too great a consequence. It’s clear that @Activehashtags is a wonderful resource for observing current popularizing trends, but hijacking any shocking active trend is going to potentially annoy people for being misleading. How can we use this? Not easily, though with gentle humour, irony, and puns you might be able to jump on a hashtag and create relevancy. You should definitely try something more tasteful than ISIS’s selection of #napaquake. In fact, it’s best to steer clear of disasters in general.

What do you give to a world raised on television? VISUALS! If a picture is worth a thousand words, one three-minute ISIS video must be worth… as many as it takes to try and explain what you’ve just been subjected to. We know that you would most certainly not want to horrify your targeted audience, but there’s something to be said for having high quality video content as added appeal (such as the simulated sound of a hundred death whistles. You’re welcome). What can we learn from this/ How can we use this? This one is pretty self-explanatory. You should be using and sharing visual content. Think of relevant visuals your company could be using to reach all demographics. There’s the use of popular memes applicable to your content, encouraged photo sharing, videos for your team and services that makes your organization appealing.

How could we forget about the youngsters, our future? I’m talking about the youth, with their eager curiosity and powerful tools of communication readily available to them. ISIS is using social media and one-on-one interactions, targeting youth interested in Islam. By reaching out through these sites to have “meaningful” exchanges, and guide newcomers to their prepared material. To a lonely teen raised in a media saturated world, this might very well be the most humanity they will encounter, something they may be hungry for. What can we learn from this/ How can we use this? This is an important demographic and one that has seen it all when it comes to advertisement and product endorsement. These guys were raised in a hyper reality filled with men in suits who have envisioned every possible scenario to grab their attention. It might set you apart to try and reach out to these groups through interactive discussion boards. 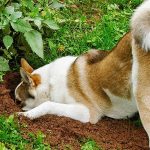