I’m feeling alone in my relationship“Where does this strange feeling come from, that I am alone,” sang Michel Berger. Not necessarily from your partner, responds Flore Delapalme, psychologist, psychoanalyst, and author of the excellent work “Le Sentiment de vide interior” * (Eyrolles). In the course of our questions, a truth reveals: to feel alone in a couple or not, it is above all a matter between oneself… and oneself. Explanations.

“I don’t mean enough to him. He doesn’t show me anything, it’s like I don’t exist. She could be called Florence, Malika, or Josiane, this woman “badly in her marriage”. She could be 20, 30, or 60, be a stay-at-home mom, engineer, movie star, or material handler. She is a lot of women, she flounders, she waits and above all, she suffers. Spontaneously, shouting or silently, she accuses her companion of being responsible for the situation. In reality, she is the only one who can get out of this sensation, which has perhaps been with her for a long time. 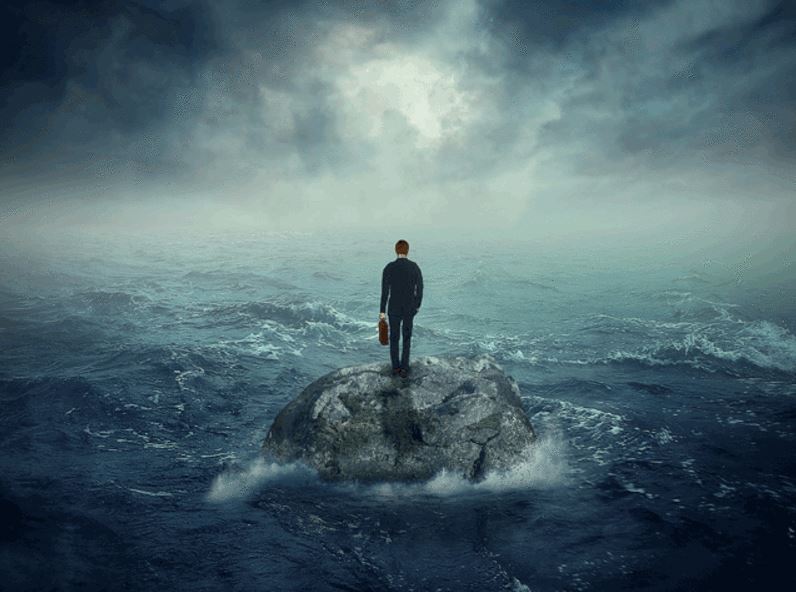 In order not to be overwhelmed by this feeling, it is essential to understand it. And first of all to understand that the couple often only reactivated much deeper suffering …

Have I ever felt alone?

Often the answer is “yes”. We deduce that we have a knack for falling on men who think only of themselves. What if the man in question and men, in general, had nothing to do with the matter? What if we refused to see that it was to ourselves that the pans were attached and that we were lugging them from relationship to relationship?

Especially since often, this feeling of loneliness has an air of already seen, and not only in love: the one who feels it has already experienced it with family, with her colleagues, and even with her friends. Sometimes it only lasts a “bad time”, sometimes the bad time takes on the air of eternity, and the blues overwhelm it.

“The feeling of loneliness does not arise suddenly in adulthood,” explains Flore Delapalme. Sometimes it is latent, always a little there. Sometimes, it is well buried and reactivated suddenly by an event that upsets our bearings, by an encounter or the attitude of a man who escapes us. ”

What part of me feels lonely?

In any case, it is further to look for its origin, further than in a telephone which does not ring often enough, words of love too rare or proofs of affection too discreet … “We are multifaceted, made up of ourselves at different ages, much like a Russian doll. The first step is to understand who is speaking in the phrase “I’m feeling alone in my relationship“. 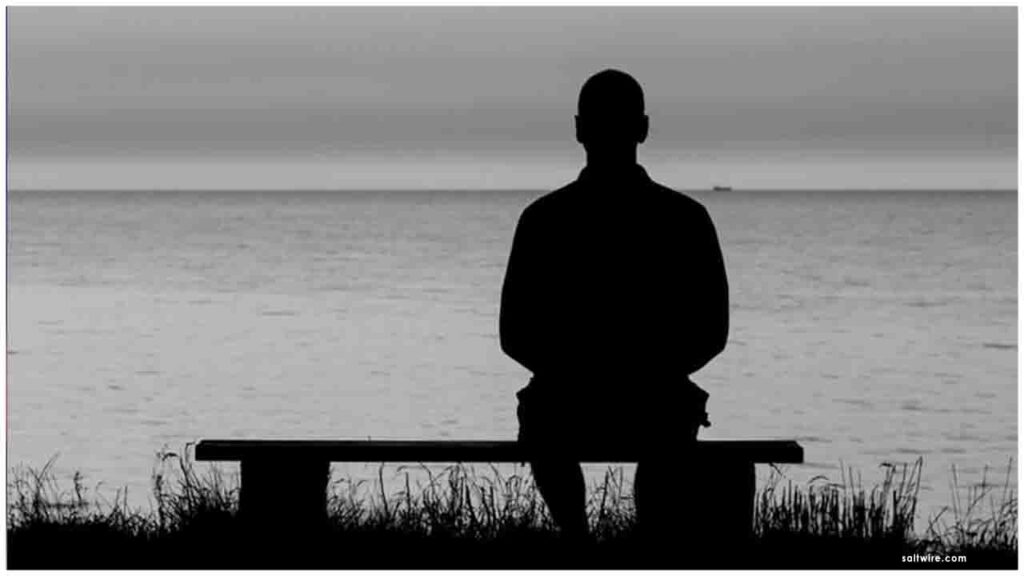 It could be you, an infant frightened by the dark, you, a silent child in front of a desk, you, a teenage girl overwhelmed by a heartache … By therapeutic work or by concentrating on emotion, by welcoming it, we can close their eyes and imagine their voice, their face, to connect it to a moment in their life or to one of our facets. ”

What makes me feel lonely?

If you have succeeded in understanding who in you feel lonely, the “composite picture” of your loneliness will emerge more easily. Because of the expression “feeling alone” spontaneously comes to the mouths of many of us, it encompasses very different realities for each one.

Familiarizing yourself with this feeling means taking it apart, to find out what it really means: “Do I’m feeling alone in my relationship because I haven’t understood it?” Not shouldered?

Not taken into account? Not wanted? By extension, you can then put a word to the fear and the underlying need: need to be comforted? Reassured? Afraid of being abandoned? To no longer be “the favorite”?

REPAIR THE FEELING OF EMPTINESS

Next step: take care of this feeling of emptiness, finding within yourself the means to fill it …

Why i don’t have to rely on others | lonely wife

Now that you have understood that you need to be reassured, for example, are you going to ask your companion to be more demonstrative? “Big mistake! warns Flore Delapalme. The biggest misunderstandings and sufferings as a couple come from the idea that the one who shares our life is supposed to appease us, to console us… In short, to fill a void that existed long before him.

By entrusting the other with filling a gap, we position ourselves as a child whose survival depends on his parents. Not only is the process doomed to failure because the other is not in us and will always be missing the point, but in addition,

we build dangerous bonds of dependence: if it is he who has fulfilled us, then our well-being depends only on him… ”
In short, if it is not he who created the lack, you might as well immediately abandon the idea that he can fill it: in terms of happiness, we are never better served than by ourselves.

Think of yourself first | in a relationship but feel single

What if we started by stopping bending over backward for others (and for him in particular)? What if we decided to help ourselves first, to take our piece of the pie? Do you find that selfish? “There is nothing selfish about taking care of your own needs,” says Flora Delapalme.

What is selfish is to reproach the other for not making us happy, to designate him as responsible for our discomfort, our loneliness.

There it is. “Besides,” she adds, “there is a problem with the interpretation of the famous ‘Love your neighbor as yourself’, which clearly implies loving yourself a lot, then loving the other as much. ”

How to deal with loneliness in a relationship

To love oneself, a vast project that cannot be completed in a week or in an article. But at the very beginning of the process, there is the fact of loving “being” with oneself. To love your own company, and therefore to know what pleases us, what makes us feel good, to know the pleasures that are specific to us.

Why not make a list of them and draw from them if necessary… “It’s in the little things of everyday life that you have to look for them,” explains Flore Delapalme. A bit like a child, who spontaneously goes towards what soothes him, consoles him, does him good.

Having fun can be as simple as allowing yourself to walk alone or shut yourself in your room.

Flore Delapalme adds: “Children like to hide in a cabin, it is their way of feeling safe, surrounded, of forming a kind of envelope. In adults, the envelope must be psychic: it is a place in itself where one feels safe, warm. For many,

this is only possible after a long therapeutic work, but you can start with simple things, such as, for example, settling under a warm and soft blanket in the fetal position, to reconnect with the feeling of being in oneself and to appreciate this autonomy. ”

Being well … in your relationship too

We talk about loving the company of oneself, relearning autonomy, taming “loneliness”, filling our own gaps… But to this extent, what role does the man who shares our life play?

“There is precisely nothing to ‘fill in’, explains Flore Delapalme. Where there is hollow, emptiness, and lack, it’s up to everyone to take charge. On the other hand, it can add the best to the good, it is even under these conditions that the couple relationship will be built on an autonomous functioning,

without any dependency, and will be the most fulfilling. “And rather than being in the face of a man who is accused of being too focused on him, we can realize that we did not choose him by chance and that it is perhaps to be also its capacity to take charge which fascinated us, because it fails us and that we have everything to gain by being inspired by it… ”

If we have chosen here to speak of the suffering of women, a man can just as easily feel the same emptiness and will have a lot to learn from the autonomous and independent functioning of the woman he loves in order to make his marriage this that it has to be: icing on the cake, a place of well-being, and not a desperate search for a cure to his feeling of loneliness.