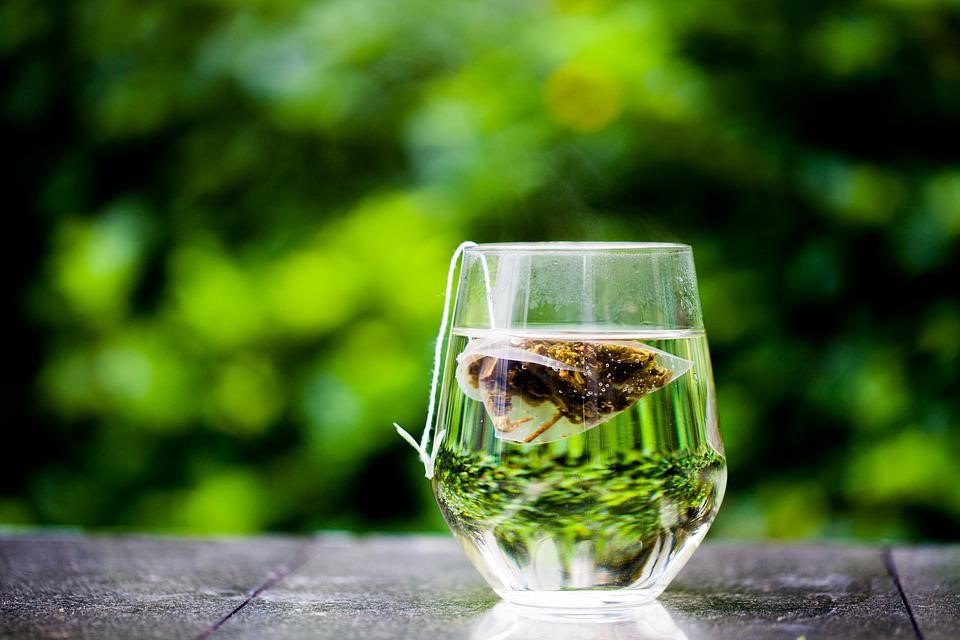 Drinking green tea is worthwhile in several respects: On the one hand, the preparation and consumption of green tea is a relaxing ritual for many people. In some cultures, green tea is traditionally celebrated in several infusions.

On the other hand, green tea has an extremely positive effect on health. Among other things, its antioxidant, antibacterial, antiviral, anticancer and ant diabetic effects have been demonstrated. Here’s an article on the amazing health benefits of green tea.

In addition, green tea prevents obesity and cardiovascular disease, regulates blood pressure and promotes dental health, which is why it is also ideal for use as a mouthwash.

Important antioxidant substances in green tea are the catechins, especially the epigallocatechin gallate (EGCG), which is responsible for many of the positive properties of green tea.

However, because green tea is made up of numerous other antioxidant compounds (polyphenols, chlorophyll, vitamins, minerals, etc.) that react differently to heat, studies often measure overall antioxidant activity. 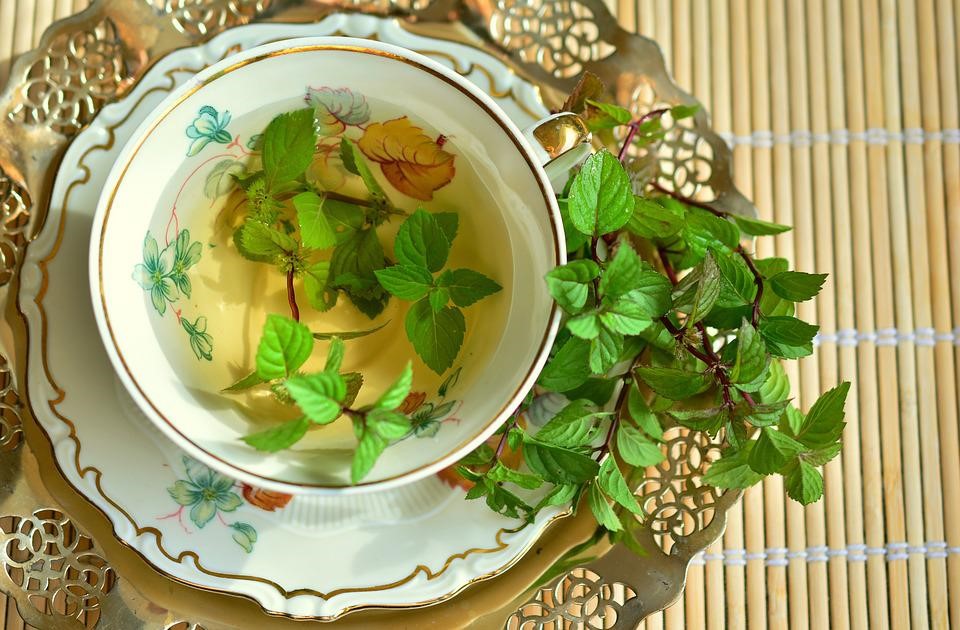 Chinese researchers have measured the highest antioxidant effect with the best taste at the same time at a temperature of 82 degrees and a brewing time of 6 minutes. So unless you have a high-tech kettle at home that can tell you the temperature with pinpoint accuracy, use 80 degrees as a guide.

Even if you don’t hit exactly 82 degrees, it doesn’t matter: In summary, the findings of four studies from 2015 to 2019 showed that the greatest antioxidant effect is achieved when green tea is infused with 80 to 100 degrees hot water.

The range in temperature and brewing time comes about because the tea itself has an influence: on the one hand, the origin of the green tea plays a role, on the other hand, the drying process and whether it is loose tea or tea in a teabag also plays a big role.

Various methods were also used to measure the antioxidant content, which of course also has an impact on the result.

Green tea in tea bags is no worse than loose tea

American researchers examined the influence of the factors just mentioned in more detail. The question was whether it makes sense from a health perspective to infuse green tea several times.

While the loose tea still had antioxidant effects after brewing the tea leaves six times, this was not the case with the tea in teabags. The reason for this, the researchers suspect, lies in the size of the tea leaves.

Since the tea in tea bags is usually cut smaller than loose tea, most of the catechins are already transferred to the tea water during the first infusion – however, other antioxidants are still present after the first infusion.

Most teas in tea bags released around 60 to 80 per cent of their antioxidant activity the second time they were brewed. The loose tea, on the other hand, contained almost the same amount of antioxidants as the first infusion if it was infused again within an hour.

However, the caffeine does not simply disappear if the tea steeps longer – so the green tea is still stimulating even after five minutes, but can at the same time calm the digestion due to the higher proportion of tannins.

How often should you infuse green tea? 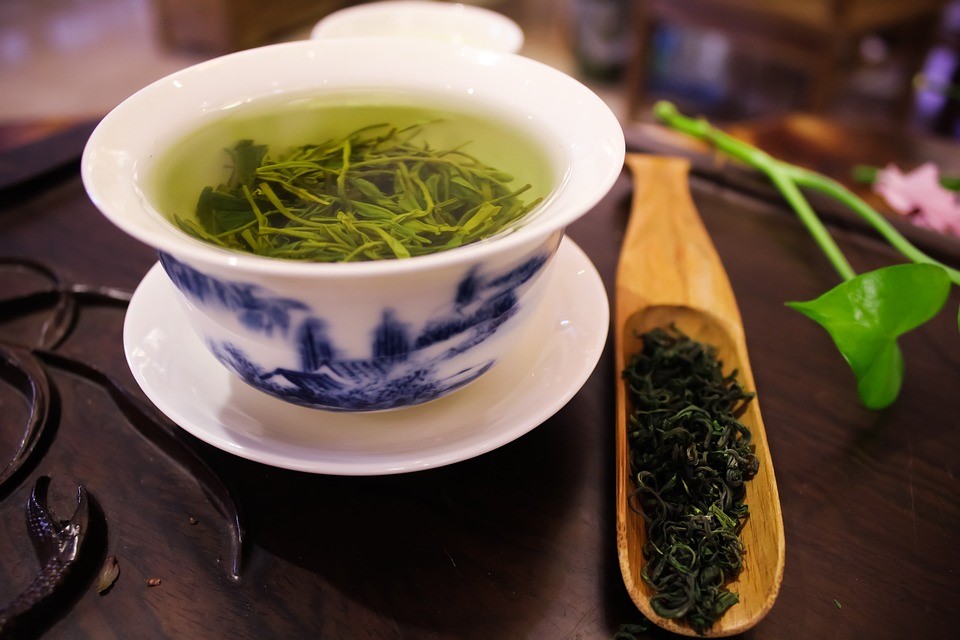 However, since the taste of the tea also changes with each infusion, you should consider whether you can still enjoy the tea after three infusions or whether you would rather use fresh tea. Traditionally, two to three green tea infusions are common. Only particularly high-quality teas are infused more often.

With tea in tea bags, on the other hand, it is usually not worth brewing it three times – one or two infusions are sufficient. The overall antioxidant effect was on average little different between loose tea and tea bags – however, the loose tea needs to be steeped more often to release the same antioxidant content as green tea in bags.

It was also shown that green teas from China had higher antioxidant potential than teas from Kenya, Japan, India, Belarus and Ukraine. Most of the Chinese teas examined came from the Zhejiang region in eastern China, which, with its misty mountain landscapes, appears to provide the optimal growing conditions. With loose teas from China, repeated infusions are particularly worthwhile.

However, a large proportion of the teas examined came from China and Japan, which is why the result could be distorted. To say that green teas from other countries generally have a lower antioxidant effect would be wrong. To do this, one would have had to examine at least as many teas from the other regions.

Factors that are of less use to the consumer are the time of harvest and the drying method since this information is usually not given on the packaging. Tea leaves harvested in spring contain more antioxidants than those harvested in autumn – depending on the measurement method, the antioxidant activity of the tea from the autumn harvest was only half as great. Steam drying proved to be the gentlest drying method. Of course, you can ask the manufacturer/dealer for these details.

If you are still confused about or may be have doubts, then you must read this – 5 reasons to choose organic tea. Trust me I found it useful one!

Lemon in green tea increases the absorption of catechins

If you enjoy drinking your green tea with a squeeze of lemon juice, you should continue to do so. A study by American researchers found that lemon juice — or the vitamin C it contains — increases the absorption of catechins like EGCG during digestion.

When examined in an artificial digestion model, 80 per cent more catechins remained after digestion in green tea with lemon juice, which is then available to the body. Since vitamin C is one of the heat-sensitive vitamins, you should only add lemon juice after the brewing time, when the tea is no longer quite as hot.

Green tea is better without milk?

When it comes to the question of whether milk in green tea has a positive or negative effect on catechins, the state of research is not quite as clear. The numerous studies that have been carried out over the past 20 years have come to contradictory conclusions.

However, the studies showing that milk has negative effects on green and black tea are in the majority, so the researchers have a little more to gain from this theory. The amino acid proline, which is found in the milk protein casein, is said to combine with the catechins in the tea, which reduces the bioavailability of the catechins.

This was also the case with soy milk, although it contains less proline – so the effect cannot be attributed to the proline alone. How other plant drinks affect the catechins have not been studied, but it can be assumed that these do not have the same influence as soy milk since soy milk is most comparable in composition to cow’s milk.

Another theory is that the absorption of catechins and polyphenols, in general, is only delayed by the connection with the milk proteins – this question has not yet been fully clarified.

Proceed as follows when preparing the green tea:

If you want to benefit optimally from the antioxidant effects of green tea, pour hot water at 82 (or 80 to 100) degrees and let it steep for 6 minutes (although 5 to 10 minutes are still acceptable).

Within this leeway, everyone can then decide for themselves whether to brew the tea hotter and let it brew for less time so that it tastes a little milder, or whether to let it brew longer so that the taste is a little stronger.

It is best to use a kettle with a temperature display or a kitchen thermometer to prepare green tea. Alternatively, leave the boiling water to stand for about 10 minutes before pouring it over the tea.

It is best to infuse loose green tea again within an hour, and further infusions no more than one hour after the last infusion are effective – traditionally, green tea is infused two or three times, but the sixth infusion usually still contains relevant amounts of antioxidants.

With tea bags, on the other hand, more than two infusions do not have much benefit from a health point of view. From a practical point of view, drinking green tea in a teabag makes more sense if the leaves are finely ground, as it only needs to be infused once or twice, while loose, coarse-leaved tea needs up to six infusions to release the same level of antioxidants.

Green tea with lemon and without milk

A squeeze of lemon juice in green tea increases the absorption of catechins during digestion. Milk, on the other hand, seems to have a rather negative effect. However, the study situation concerning milk is not unambiguous.

On the other hand, the hotter the water, the more caffeine dissolves – people who are sensitive to caffeine should therefore brew their green tea at 80 degrees or choose a type with little caffeine. Caffeine-sensitive people should not use matcha tea. This green tea contains a comparatively large amount of caffeine.

Hello everyone, I am Ariana Mortenson, a professional writer and blogger. I write on various niches in a way that it’s understandable and appealing to the people. I aim to achieve a difference through my writing which allows you to make informed and valuable choices. Follow me back on Twitter, LinkedIn and Pinterest.